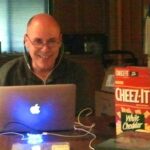 On August 25, 2020, Don Anderson, a founding partner of ActiveG, passed away after a fight with cancer.

Don was a GIS industry visionary.  From his brilliant mind came the world’s first GIS software component for embedding GIS maps into business applications. This innovation was the technical foundation for ActiveG. His efforts were recognized at the 2013 IBM Pulse Conference when his work won “Best Of Show” for software embedding GIS maps into mobile software. 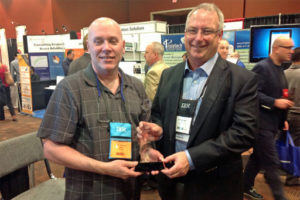 He worked for 2 years at Bell Laboratories and 14 years at Arizona State University as a research faculty, where he worked on NASA flights projects. He designed computer systems used by the Galileo Science Team to analyze images from Jupiter and was a team member on the Mars Observer Thermal Emission Infrared Spectrometer.  Through these experiences he taught himself to code, and with those skills he went on to help create ActiveG, where he was affectionately known as the “Supreme Commander”, leading the company from 1997 to 2014.

Don was well-known for his eccentric humor, unbridled curiosity, and his personable decency and integrity.  Over many years, he and his wife, Sondra–who preceded him in death by 6 years, donated untold volunteer hours serving adults and young people through their responsibilities in the Church of Jesus Christ of Latter-day Saints.

He said he solved one of the most challenging technical problems he’d ever faced while replaying over and over the song “Last Train Home” by the Pat Metheny Group.

Now that he’s taken his last train home, he will be sorely missed.